MultiVersus: anybody playing it? 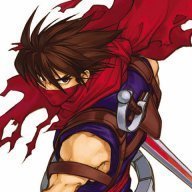 By Pair of Rooks,
August 6 in Fighting Game Discussion